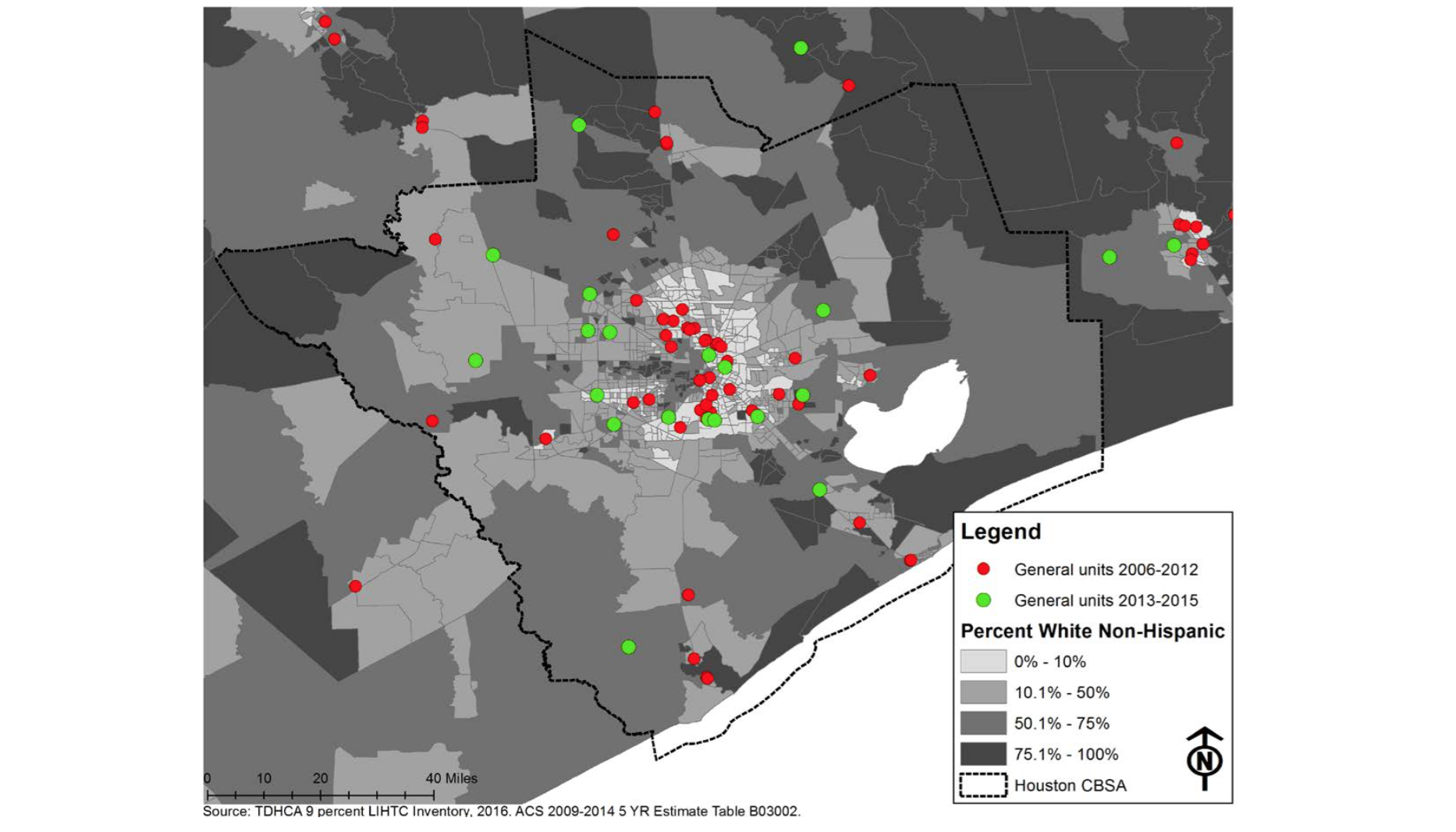 In 2013, the State of Texas changed its scoring criteria for applications for Low Income Housing Tax Credits, in response to a fair housing case that would ultimately make its way to the U.S. Supreme Court. The changes were race-neutral, but were aimed at reducing the racial segregation of tax credit developments and improving housing choice in low-poverty neighborhoods.

Our new report, Fair Housing and Balanced Choices, finds that the answer is a definitive yes. The unique situation in Texas over the past several years, as the State was forced to reduce the disparate impact of its housing siting, provided a case study of how fair housing enforcement affects the provision of affordable housing – and has potential national implications.

The report analyzes the siting of developments built with 9% Low Income Housing Tax Credits from 2006 to 2015, comparing those built before and after the rule changes to the tax credit award system implemented in 2013. It shows that since the race-neutral Opportunity Index and Educational Excellence points were added to the scoring system, more affordable housing choices have been built in areas with less poverty and racial concentration.

Our analysis, which also includes a breakdown of awards in the state’s five largest metropolitan areas and the shifts in the production of elderly vs. general housing, conclusively demonstrates that by adding race-neutral scoring criteria to incentivize developments in areas with low poverty and high-performing schools, Texas improved the integration of its housing stock and the kinds of housing choices available for low income families.