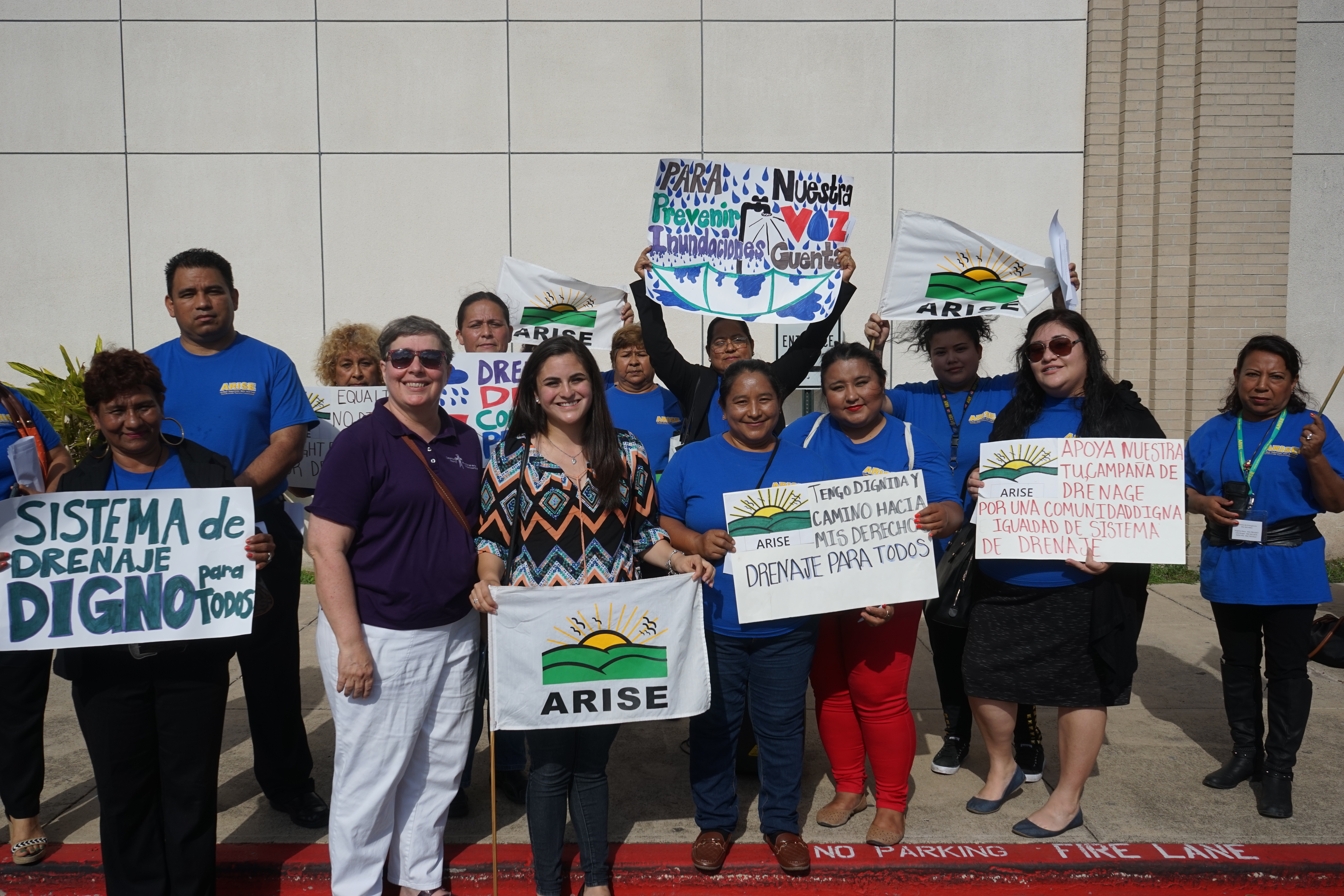 I have the privilege of working alongside community members and grassroots leaders with A Resource In Serving Equality (ARISE) and La Unión del Pueblo Entero (LUPE) who advocate for equality in the colonias of the Rio Grande Valley. And one of the biggest inequalities colonia residents face is an inadequate drainage system that creates chronic flooding problems in their neighborhoods.

We all know that you can’t get ahead when you can’t even get out of the house. Access to something as essential as drainage shouldn’t depend on what neighborhood you live in or how much money you make. When we can all depend on our drainage system, we all benefit.

That’s why we’ve partnered with ARISE and LUPE on a campaign to win a drainage system that works for all Hidalgo County residents. Today, leaders announced a petition, and a Spanish version, at a meeting of the Hidalgo County Drainage District (pictured above) to demand that the county take basic steps to protect residents from flooding and begin to build a more equitable system. The event made the local news:

The petition asks the drainage district’s manager and advisory board to:

– Equitably channel drainage resources toward the colonias in most need, including those identified in a 2015 state study;
– Modify development regulations to protect new developments against 25-year storm events; and
– Re-establish and make permanent the Hidalgo County Drainage Advisory Committee to give residents a voice in decisions affecting their homes and neighborhoods.

I urge Valley residents and concerned citizens to sign the petition and to learn more about our campaign and how to get involved at our website, ValleyDrainage.org.