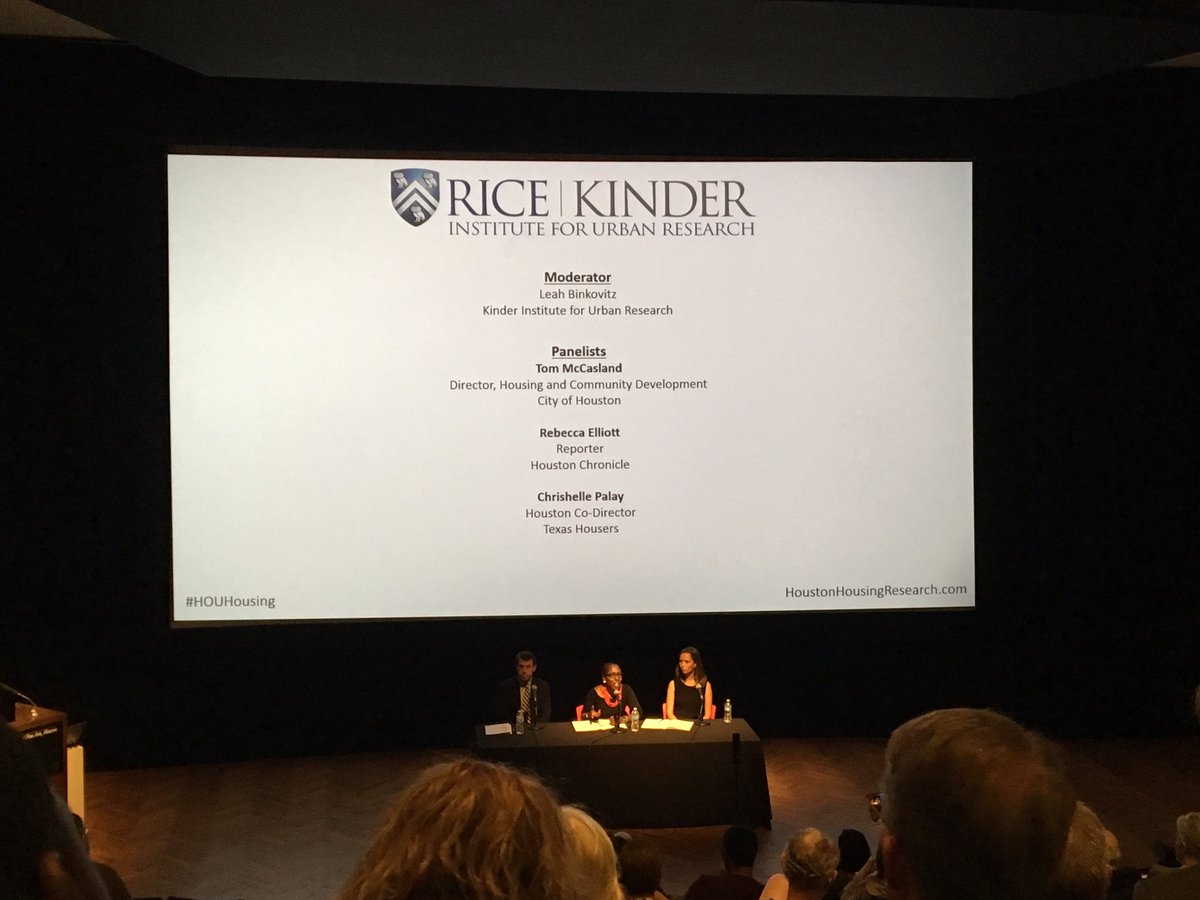 On a wide-ranging panel discussion on housing affordability and opportunity, Texas Housers Houston co-director Chrishelle Palay outlined the real issue facing too many low income families of color in our nation’s fourth-largest city: Systemic underinvestment in public services and lack of housing choice.

The Kinder Institute for Urban Research at Rice University hosted the forum, “Housing for All: How Do We Get There?” at the Museum of Fine Arts in Houston on March 21. Chrishelle joined Tom McCasland, director of the City of Houston Housing and Community Development Department, and Rebecca Elliott, city hall reporter at the Houston Chronicle, for a panel moderated by Kinder’s Leah Binkovitz.

The conversation touched on gentrification, Houston’s severe deficit of available affordable housing and the controversial Fountain View development, a mixed-income apartment complex in a predominantly white neighborhood that the City blocked, prompting a federal finding of civil rights violations.

Watch the full panel starting at the 25-minute mark: