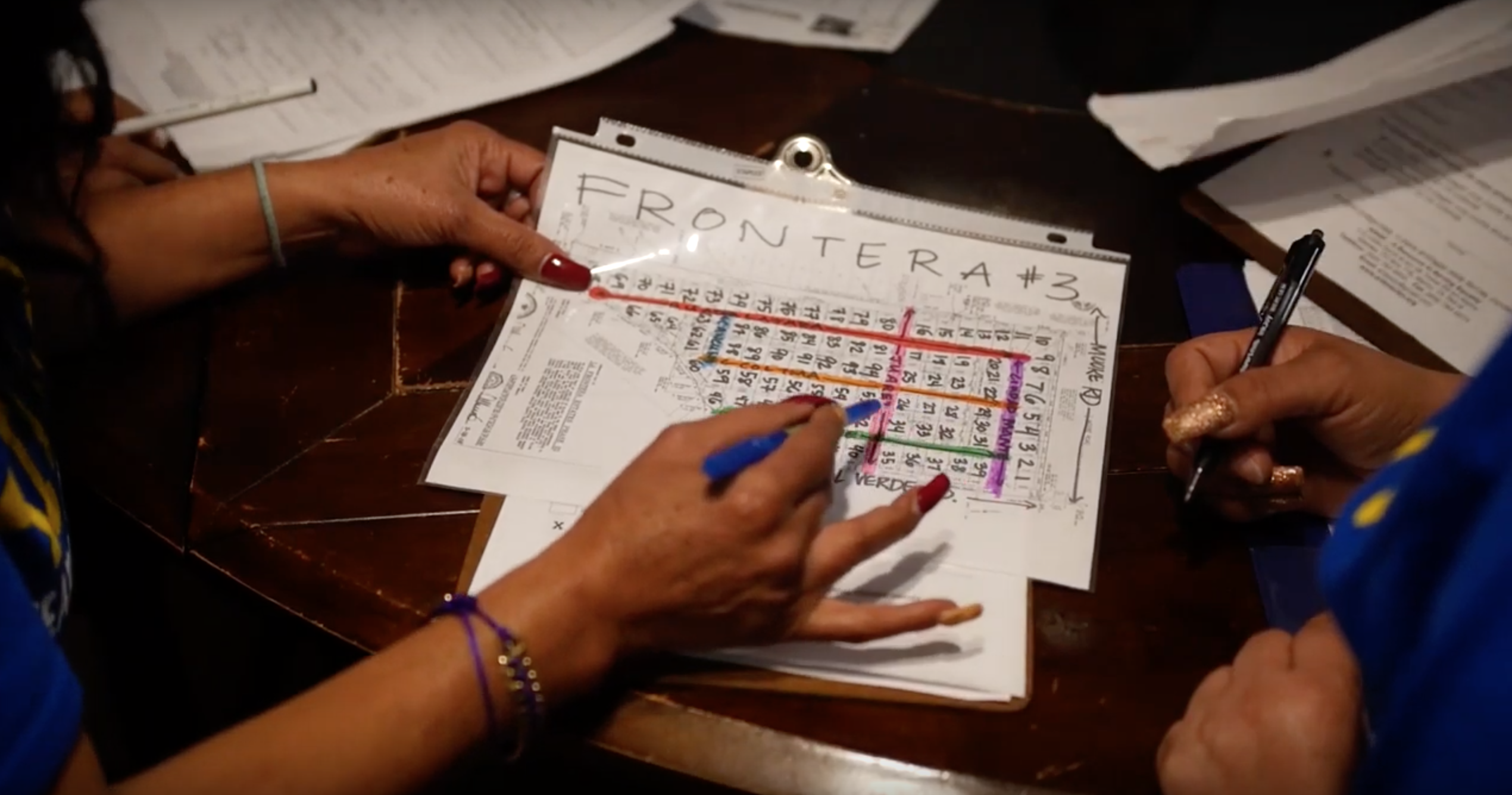 For more than a decade, colonia leaders, organizers and Texas Housers have been pushing Hidalgo County to target program funds for colonias and subdivisions that have lacked street lighting and have long been left in the dark.

This week, leaders from A Resource in Serving Equality (ARISE) presented the Hidalgo County Commissioners Court with a tutorial video detailing ways colonia residents can apply to participate in the Unincorporated Subdivision Street Lights Program. ARISE also requested that the county expand this program by approving a $500,000 budget line item for the next fiscal year, enough to light up two colonias in each of the four precincts.

Several years ago, ARISE and La Union del Pueblo Entero (LUPE) proposed a plan for a pilot program to light up 10 colonias that did not have public street lighting. In November 2015, the Commissioners Court unanimously approved the plan. Since then, thanks to the advocacy of ARISE and LUPE, 26 subdivisions have received street lighting.

Residents of unincorporated subdivisions, which often lack drainage infrastructure as well as lighting, have complained that their neighborhoods become more dangerous after dark. Children playing in the twilight are at risk of getting hurt or worse, as cars driving in an unlit colonia might not see them. If a neighborhood is flooded, it’s hard for drivers to see the rising water and may get stuck. Some residents have also said that a dark neighborhood is more susceptible to crime.

The initial program that resident leaders advocated for could be improved, the leaders said, starting with a specific budget line item that would require targeting the colonias that are overlooked. Sometimes what has kept the county from funding the lighting service is the lack of infrastructure in the unincorporated areas. Lighting up these colonias is more resource-intensive, so the county has delayed connecting these areas. ARISE leaders have asked the county to target these hard-to-reach places as part of the Unincorporated Subdivision Streetlights Program.

The program’s current guidelines require that a subdivision representative gather support from the neighborhood and submit a complete application for the program. ARISE, with the help of Neta, crafted a video tutorial to explain these steps.

“I hope that this educational public lighting video inspires and moves people to apply to the current Street Lights Program,” said Laura Guerra, an organizer with ARISE. “I hope this video is the beginning of many communities having a better quality of life, and that they live not only with public safety but also dignity. Everyone in Hidalgo County deserves to live in a neighborhood where they have street lights.”

Watch the video below – and learn more about the effort on ARISE’s website.