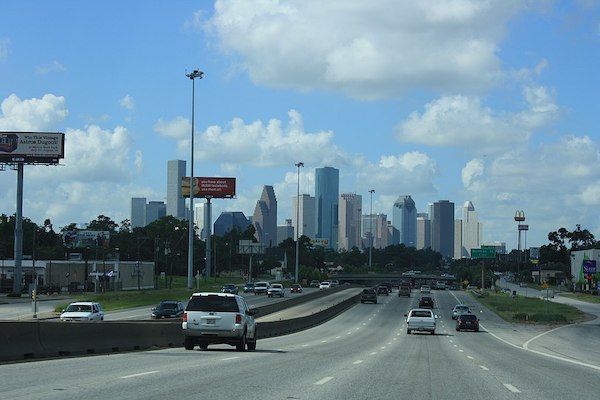 For the past several months, Texas Housers and our partners have been tracking the public concern around the expansion of Houston Interstate 45, also known as the North Houston Highway Improvement Project. The project, led by TXDoT, appears to bear all the hallmarks of misguided mid-century urban renewal.

In its Community Impact Assessment, TXDoT detailed the housing impact of recommended proposals for the three segments of the highway expansion. In all, the project is estimated to displace 168 single family residences and 1,067 multifamily residences, including 368 low-income units and 60 homeless veterans’ units. In addition to these disrupted homes, 24,873 employees, four places of worship, and two educational institutions will be impacted by this project.

On June 13, following a press event we covered closely, Texas Housers provided public comment to Houston City Council’s Transportation, Technology, and Infrastructure committee. The comments emphasized the importance of public engagement to develop mitigation strategies and co-benefits for neighborhoods living with the project. Guided by our belief in the four rights, we urged committee members to take the following steps.

Part or all of two public housing properties — Clayton Homes and Kelly Village — will be destroyed by the I-45 expansion. We encouraged the council to support the one-to-one replacement of available units before Hurricane Harvey, considering several smaller projects both in the impacted area and in areas of economic opportunity. We urged that council members do everything in their power to ensure residents are provided with timely and accurate information by TXDoT and the Houston Housing Authority and are involved in the siting and design of replacement housing.

2. Support affordable housing in the area.

Affordability is quickly fading in project Segments 2 and 3. We encouraged council members to approve trustworthy LIHTC developers to build properties with long-term affordability in the area surrounding downtown to prevent further displacement. New buildings should not directly abut the highway, as public housing properties currently do, because of the adverse impact on residents’ health. The Council should also advocate that land purchases made or subsidized by the city in those areas be placed into Houston’s community land trust.

According to the Community Impact Assessment, 12 of the 26 Census block groups in the Segment 1 area have a population with limited English proficiency of 50 percent or greater. Areas with a 50 percent or greater LEP population are primarily located on the east side of I-45 between Beltway 8 and East Tidwell Road, and on the west side of I-45 between West Parker Road and East Tidwell Road and between West Road and West Mount Houston Road. Interpretation should be standard at engagement meetings and outreach materials should be made available in the language that correlates to a geographic area’s needs.

In response to resident concerns, the city of Houston’s Planning Department developed an NHHIP Public Engagement Facilitation Group, which hosted community meetings at the end of June. At the June 26 meeting in Acres Homes, public confusion and disappointment in the project seemed to have grown. Outside the meeting, two Near Northside residents passed out literature on residential displacement and encouraged attendees to visit a recently created website dedicated to their push to stop the project altogether. Inside, remarks by TxDoT employees and city staff, including Councilman Jerry Davis, were not translated and Spanish language materials were available only upon request.

Residents placed post-it notes with their concerns about chronic flooding and economic impact on large maps. Many of the maps developed by TXDoT have not been made available outside community engagement meetings, a decision Texas Housers disagrees with.

We are publishing photos of maps detailing potential displacement as a result of I-45’s expansion in the carousel below. The photos are posted in order from the northernmost project segment to south.

We hope that by publishing these maps, communities are able to develop a deeper understanding of the potential displacement caused by the highway expansion to inform their advocacy and interactions with TxDOT and the city of Houston. The next scheduled public engagement event is not until September, but neighborhoods deserve the chance to see and call out issues with the projected impact on their homes, businesses, and streets today.