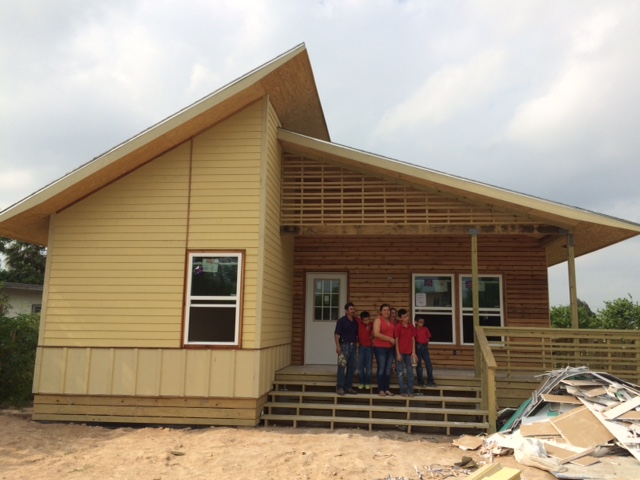 RAPIDO, the innovative disaster recovery housing program recognized by the MacArthur Foundation, Public Radio International, SXSW and many others, has received another impressive honor. The temporary-to-permanent housing model will be featured at the Cooper Hewitt, Smithsonian Design Museum in New York City at an exhibit starting this fall.

“By the People: Designing a Better America” features socially responsible design models from around the country and will run from the end of September until the end of next February. RAPIDO is included in the exhibit’s “Make” section, which highlights “strategies to engage and develop creative and manufacturing industries.”

We are proud to have been part of the RAPIDO development process along with our partners at buildingcommunityWORKSHOP [bc], Community Development Corporation of Brownsville (CDCB), the Hazard Reduction and Recovery Center at Texas A&M, La Unión del Pueblo Entero and A Resource In Serving Equality and support from the State of Texas. It’s a model to rebuild homes quickly and at a low cost immediately after a disaster strikes, in contrast to the slow and inefficient way that Texas now deals with housing recovery.

RAPIDO allows families to move back into safe and secure shelters on their property in a matter of days after a disaster, thanks to pre-assembled modules that are easily erected. New, collaboratively designed homes are then built out around the module at the family’s chosen pace and budget, creating a much quicker and more equitable path back to housing for the low income households most at risk from disasters.

You can learn much more about RAPIDO at [bc]’s website or at CDCB’s, and see photos of the RAPIDO homes built during the pilot program supported by the state, which housed several Rio Grande Valley families displaced by disaster in beautiful new temp-to-perm homes (one family is pictured above).

A proposal to expand on the pilot program, and make this award-winning model of disaster recovery the standard for many more Texas communities, received broad bipartisan support in the Texas Legislature in 2015 but failed to receive a vote before the crowded end-of-session deadline. The Texas Senate Intergovernmental Relations Committee is currently studying the program as one of its interim charges before the legislature reconvenes next year.