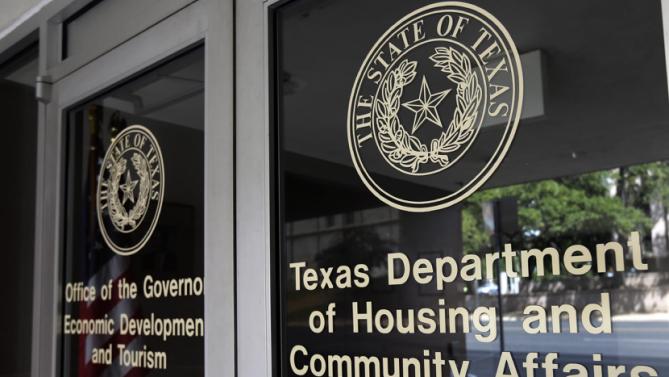 On November 10, after months of roundtables, discussions and compromises, the board of the Texas Department of Housing and Community Affairs (TDHCA) approved the final changes to the Qualified Allocation Plan (QAP) and Uniform Multifamily Rules (UMR) that govern the award of Low Income Housing Tax Credits (LIHTC) next year, and now awaits approval from Governor Abbott.

The new QAP and UMR reflect the will of stakeholders, cities, public housing authorities—and, largely, the formidable member base of affordable housing development organizations. This year’s changes are individually small, but together threaten fair housing in Texas. Many were implemented over the repeated objections from fair housing advocates including myself.

Fair housing and these state rules have been hotly debated since 2012, when a suit filed by the Inclusive Communities Project (ICP) against TDHCA resulted in a remedial plan which guided rule making for the agency. ICP alleged that agency policies on tax credit allocation concentrated LIHTC awards in racially segregated, high poverty areas—resulting in a disparate impact upon protected classes under the Fair Housing Act.

The case reached the U.S. Supreme Court, which reaffirmed the use of disparate impact claims in a landmark decision, but a district court recently ruled in the State’s favor on the suit’s specific grounds. Since then, there has been a renewed push to undo the positive fair housing outcomes achieved under the remedial plan and return to a system that undeniably concentrated LIHTC awards in the manner ICP described.

Where will the awards go now? The rules are complex, and it’s hard to say how the 2017 allocation cycle will play out. But I believe that property values will always drive where deals go if they can still score competitively. The new de-emphasis on low poverty, area median income, and educational quality—factors that closely correlate with property value and presence of protected classes—means that more low-value properties can score competitively, which results in the State of Texas continuing to subsidize housing largely in racially and economically segregated neighborhoods.

Large cities now have a huge advantage over other jurisdictions. The allocation scoring process now awards three points for proposals in incorporated, underserved areas, defined as Census tracts without other tax credit developments, and an additional two underserved points for cities with more than 300,000 residents if the underserved tract is surrounded by other underserved tracts. Five more points are available for proposals in these large cities if they are located near the urban core, defined as within two or four miles of city hall based on city size. Proximity to the urban core is also the first tiebreaker, further incentivizing proposals in large urban areas.

While serving urban areas that lack affordable housing is important, this method of scoring seriously disadvantages the smaller suburban areas and developed unincorporated areas that tend to have lower poverty rates and higher performing schools. This, I fear, will leave the suburbs out of contention for tax credits in many instances, or at least will keep them off the top of the scoring list, which will deny low income families the new housing choices that have been created over the past several years.

Even more frustrating was staff’s eleventh-hour change to the points developments receive for educational quality. What was a five-point item for proximity to quality schools is now worth just three points, which renders it less consequential than proximity to the city core, or to developing in underserved areas. Fair housing advocates have made it abundantly clear that discounting the importance of education in LIHTC allocation is a non-starter and a major fair housing issue. It was believed that staff shared this value on education.

Nonetheless, persistent calls from housing providers and local government entities to reduce this item’s point value, render it as an optional choice among a list of neighborhood amenities or even remove it from consideration entirely resulted in a change that renders being near a good school less important than being close to city hall. I expect this change to influence the location of 2017 LIHTC developments greatly and negatively, as school quality generally correlates strongly with both property values and presence of protected classes.

The new QAP’s de-emphasis on high opportunity areas continues with certain changes to the scoring’s opportunity index. Now, if an applicant can show that their proposed development is near five or six “area amenities” chosen from a list of 15, they can get the maximum number of opportunity index points even if their site is in an area with a higher poverty rate and lower median household income than allowed for in past cycles. There is, in effect, no scoring difference between sites in tracts in the first, second or third quartiles for median household income. This means that if there is a choice to make between developing in a first-quartile tract and a third-quartile tract, the lower-valued area is far more likely to prevail. Much more housing stands to be built in these third-quartile tracts.

Still in place, against the calls from many housing providers, is the threshold criteria for proximity to at least two schools, one of which is an elementary, with a “met standard” rating from the Texas Educational Agency—a “distinction” that 86 percent of Texas public schools had in 2016. Despite a barrage of input seeking to reduce or entirely remove restrictions in the UMR for things like proximity to refineries, railroad tracks, presence of blight, and high crime, staff left these rules generally in their minimally-adequate 2016 form. Failing to meet these conditions requires the applicant to report “undesirable site features” or “undesirable neighborhood characteristics,” but the latter can be waived by the TDHCA board as they were for the Pointe at Crestmont in Houston after a large showing from the community at the board meeting.

Finally, there’s one change over which most stakeholders, including us advocates, have shared a collective slapping of the forehead. In an act of bureaucratic masochism, TDHCA staff left the door open for state representatives to withdraw their letters of support for developments if they can provide evidence, in writing, that they were misled by an applicant seeking their legislatively-required support. Representative letters are already perhaps the most contentious provision in the QAP and their points outweigh all the other aforementioned criteria. This rule change will now turn TDHCA board and staff into a respective judge and jury tasked with reviewing evidence through “copies of communications or contemporaneous notes about verbal communications.” That ought to make for some fun board meetings next year.

Staff expressed throughout the roundtable discussions that their goal is to promote dispersion of LIHTC awards. But this dispersion must be considerate of where LIHTC developments already are, as well as the characteristics of the neighborhoods where they are dispersed to. We shall see how well these rules achieve this goal while meeting the state’s fair housing obligations.