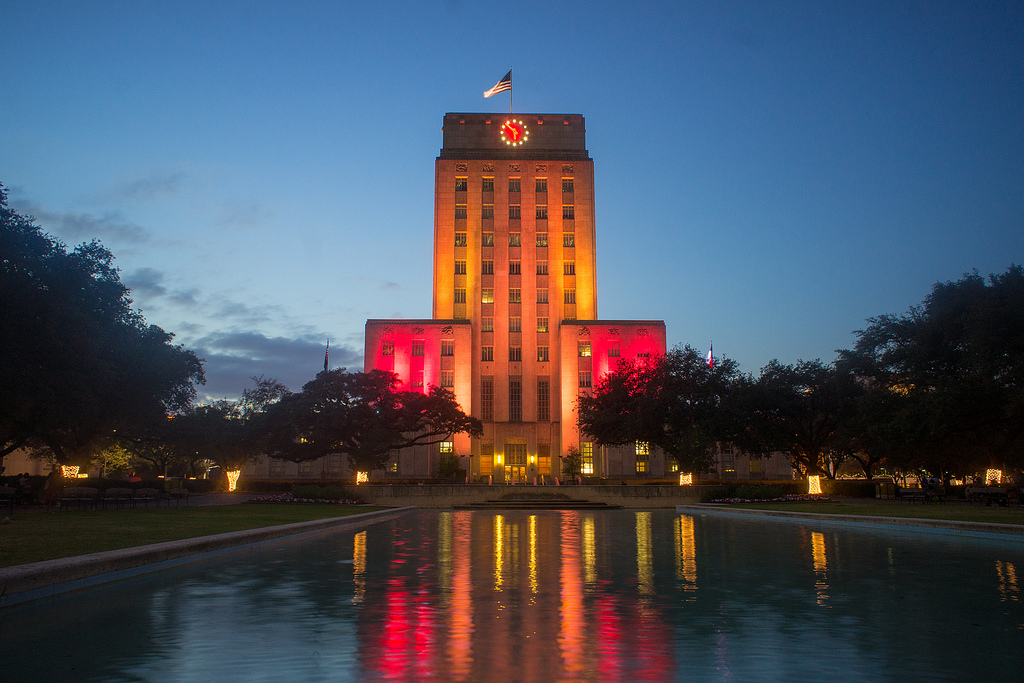 Finally, the federal government has told Houston municipal leaders that enough is enough.

The U.S. Department of Housing and Urban Development (HUD) has found the City of Houston in violation of Title VI of the Civil Rights Act of 1964, based on the results of a sweeping fair housing investigation released on January 13.

Consider what this means. In 2017, the government of our nation’s fourth-largest city discriminates based on race and practices policies that maintain racial housing segregation. If its leaders do not take corrective action, the City risks law enforcement action by the Department of Justice (DOJ).

Along with Texas Appleseed, we wrote Mayor Sylvester Turner months ago warning of the consequences of maintaining racial segregation in subsidized housing. Our concerns were dismissed. When HUD launched a formal civil rights inquiry five months ago, City leadership claimed that this was just a “standard” procedure. It is now clear there was nothing standard about the investigation.

Civil rights findings this serious against government officials are rare. For 60 years, Houston’s elected leaders have practiced racial segregation in administering federally-funded subsidized housing programs. Throughout the past year, officials have bowed to the voices of prejudice and exclusion to block the construction of affordable housing in affluent, predominantly white areas while denying African-American and Hispanic families the right to choose where to live.

HUD’s investigation and ruling found that by preventing the construction of a specific subsidized development, the Fountain View Apartments, and by consistently limiting the approval of government tax credits to developments in low income, minority neighborhoods, Houston leaders are “influenced by racially motivated opposition to affordable housing and perpetuate segregation.” Now they must reckon at last with the reality that the City of Houston’s subsidized housing practices are stuck in the Jim Crow era.

This is a disgrace. It is illegal. And now, finally, it must end.

Fountain View was the catalyst for the federal fair housing probe, and serves as one striking example of the way City leaders in Houston violate civil rights law. The proposed mixed-income development by the Houston Housing Authority (HHA) would represent that agency’s first-ever affirmative investment in an economically thriving, majority white neighborhood. HHA had a long and documented record of intentionally siting housing in minority neighborhoods, but the agency deserves real credit for attempting to move into compliance with civil rights: The Fountain View project originated in a HUD-approved fair housing agreement to finally begin the desegregation of Houston’s public housing stock.

But as often happens when subsidized housing is proposed in mostly white communities, Fountain View received an angry backlash from its mostly white neighbors. “Not In My Backyard” (NIMBY) opposition to subsidized housing is a well-recognized dog whistle for racial exclusion. According to state statistics, the population of existing tax credit housing overall in Houston is 58.7 percent African-American and 37.2 percent Hispanic. The Census tract where Fountain View would be located is 86.7 percent white.

The HUD investigation catalogued a litany of statements of residents and elected officials opposing Fountain View that HUD calls “coded language, which when considered in context, has been recognized by the courts as expressing racial animus” – everything from, “Bringing them here will bring down this area” to “People come in here and they steal the tires off our Suburbans.” Similar language is on display in the comments section of our original post about Fountain View.

The neighborhood backlash worked: After elected officials including Congressman John Culberson objected to Fountain View’s construction, Mayor Turner refused to allow a vote on a resolution for Low Income Housing Tax Credits (LIHTC) for the project, claiming that the development was too expensive. Because City approval is required for housing tax credit funding, without the resolution, the project cannot move forward.

As a direct result of the Mayor’s decision, HUD launched its investigation less than one month later.

HUD found Mayor Turner’s cost objections to be “pretext” because no City funds would be involved in the project (as LIHTCs are federal dollars) and project costs are not usually considered when the City approves other tax credit developments. Moreover, the investigation states that “facts demonstrate that the Mayor’s decision was based in part on racially motivated local opposition” and that “the City has an established pattern of failing to site or support affordable housing projects in predominantly white neighborhoods.”

We have written extensively on the segregation of tax credit housing in Houston and how it severely limits choice for low income families, and especially families of color, who currently have few options but to live in concentrated poverty. Based on HUD’s review of similar data, as well as interviews with advocates and City staff, the investigation notes that “the City maintains a system for approving LIHTC projects that is dependent on whether there is opposition from the residents of the neighborhood” and does so “against a well-documented backdrop of racially motivated neighborhood opposition to affordable housing and a history of segregation.”

Just since 2014, the Houston City Council has given resolutions approving 4% LIHTCs in the following places, shown by the surrounding areas’ non-white population (in blue), level of median family income below 80 percent of the city average (in red) and poverty rates exceeding 20 percent (in orange):

The HUD investigation notes that between 2012 and 2016, 23 proposals for 4% LIHTC developments that were considered for resolutions by the Houston City Council. A full 21 were located in majority-minority Census tracts, and the two outliers were for veteran and senior housing, not for families.

Yet despite the overwhelming concentration of tax credit housing in segregated neighborhoods, City leaders routinely rubber-stamp more applications in racially concentrated, high poverty areas. This runs counter to the stated goals of the City’s official  2015 Analysis of Impediments to Fair Housing Choice, the City plan for subsidized housing locations submitted to the federal government, which pledges to “work towards creating more housing and preserving housing options…in higher opportunity areas where housing is generally not available.”

This promise has never been honored, and has indeed been actively flaunted by City leaders. In December, the City Council approved housing tax credits for a development known as Crosstimbers, which was originally intended as a companion to the Fountain View project – but only if both were built at the same time. The area surrounding Crosstimbers is less than 5 percent white and has a median income nearly six times less than the area around Fountain View, yet it moved forward while Fountain View did not. The costs of the Crosstimbers project were close to those at the Fountain View project, undermining the mayor’s justification for blocking the latter. Even in the midst of federal investigation, the segregated housing practices of the City of Houston continued unabated.

HUD has determined that “high level officials, including the Mayor, acting on behalf of the City participated in the discriminatory actions” in violation of Title VI: “Denying a person housing, providing housing in a different manner, or subjecting a person to segregation or separate treatment…on the ground of race, color, or national origin.” Fountain View proved to be the final straw in a shameful legacy of willful segregation and the government-mandated restriction of the mostly non-white residents of subsidized housing into racially concentrated, high poverty neighborhoods.

As a result, the City must reverse course or face federal sanctions in the form of withheld funding and/or legal action by the DOJ. HUD outlined eight remedies that are required for Houston to come into compliance with the Civil Rights Act:

Houston leaders face a choice. They can engage with HUD to accept a voluntary resolution and move forward with the long-overdue desegregation of America’s fourth-largest city. Or they can, as Mayor Turner told the Houston Chronicle, use “all available avenues to challenge their findings.”

Civil Rights Act investigations are not political – they are thorough documentations carried out and enforced by the career federal staff tasked with upholding our nation’s most fundamental rights. The remedies proposed by HUD investigators, if implemented, would be a small first step toward creating the inclusive city of opportunity that Houston’s leaders ought to strive for – and toward providing, for the first time, real housing choice for all Houston residents.

It’s been a half-century since the Civil Rights era. Government-approved segregation cannot be allowed to continue. It’s well past time for Houston to stop accommodating racial prejudice and move toward integration.

Read our HUD letter to Mayor Sylvester Turner below