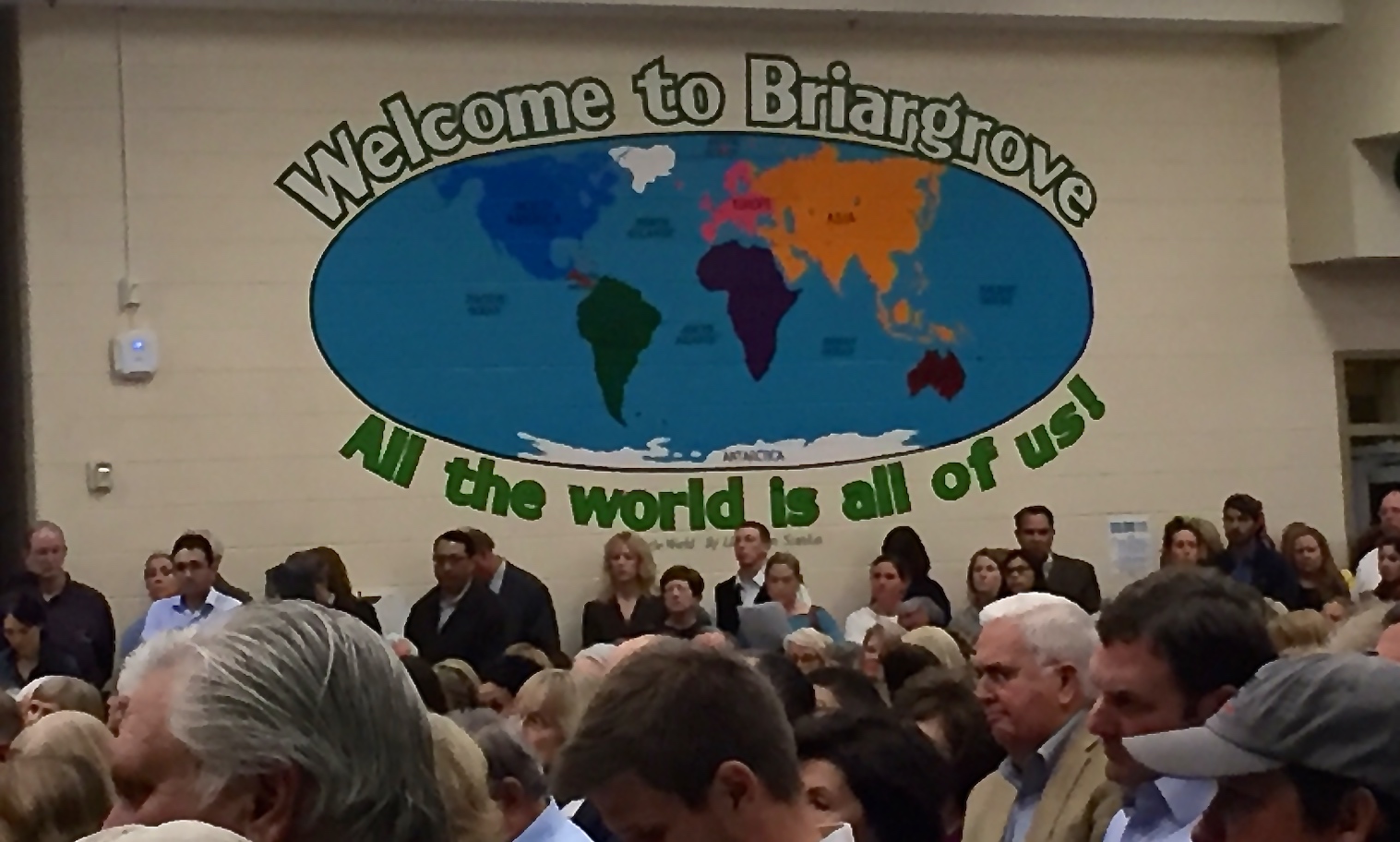 The public meeting on the Houston Housing Authority’s (HHA) proposal to build the Fountain View Apartments, a mixed-income apartment complex in an affluent neighborhood, was predictably contentious. It was held at Briargrove Elementary, the school which many opponents say they are defending from the student overcrowding they claim the HHA site would cause.

We believe (and the editorial board of the Houston Chronicle agrees) that class size, traffic congestion and other concerns raised by opponents pale in comparison to the real issue: The institutional racial segregation of HHA properties, and the opportunity the Fountain View development affords to begin offering public housing options outside of impoverished, racially isolated neighborhoods. The map below shows the current locations of HHA public housing and Houston’s racial demographics, with the proposed Fountain View site indicated in green and the strongest areas in market value outlined in black. Keep in mind that nine in 10 HHA residents are people of color.

Given the broader context of extreme racial segregation outside of high opportunity areas, we think there are more appropriate ways that Briargrove residents could address their concerns – via the school district, for example – besides rallying to block this vital chance for low income tenants of color to live in the neighborhood.

Yet a few hundred people showed up to rally on a stormy Wednesday evening, filling Briargrove’s cafeteria to raise their concerns to, and occasionally shout at, the housing authority’s leadership. HHA President and CEO Tory Gunsolley kicked things off with a presentation about the reasons behind HHA’s decision to build at Fountain View – including a recent landmark U.S. Supreme Court case and our 2010 conciliation agreement, alongside Texas Appleseed, with the State of Texas over disaster recovery funding. Both require HHA to finally use its federal housing dollars in the service of fair housing, not continued segregation. The crowd did not much care for this explanation:

(For reference, the figure Gunsolley cited about the increased future income for a low income child who moves to a high opportunity area comes from a major recent study about the devastating financial effects of growing up in an impoverished neighborhood like those where HHA housing has historically been built.)

Next, several public officials spoke in opposition to the development, including U.S. Representative John Culberson, Houston City Council Member Greg Travis and Houston ISD Trustee Harvin Moore. Rep. Culberson reacted to Gunsolley’s presentation by saying, “The research – that’s not the issue,” and vowed to file legislation in Congress to make federal housing policy “race-neutral.” The full audio of the remarks by Rep. Culberson, Council Member Travis and Trustee Moore can be heard below:

Then it was time for public comments. The vast majority of attendees opposed the development, for reasons ranging from the overcrowding of Briargrove and other nearby schools, to the project’s budget and per-unit cost, to concerns about what the presence of low income housing would do to property values, crime and lifestyles in the area (said one speaker: “My wife and I are looking for a house on Potomac Drive [near the school]. Well, we were.”) Here’s a very brief selection:

One man, not included in the video above, asked the HHA leaders in attendance, “Is the point of all this to house people, or is it for social justice?”

From our perspective, the two are inseparable. It is unjust to operate a taxpayer-funded system of racially segregated housing, and the time has come to provide public housing options in Houston’s high opportunity, integrated neighborhoods, beginning with the Fountain View proposal. Our co-director John Henneberger and Houston director Chrishelle Palay stood before the Briargrove crowd to provide the only voices for housing opportunity:

Chrishelle also spoke to two local news stations after the meeting, pointing out that many of the low income people who could benefit from the development already work in the area. Opponents were interviewed as well, with one charging that low income residents would come into the neighborhood and “steal the tires off Suburbans.”

As the process moves forward, the Houston City Council will have the chance to weigh in on HHA’s request for a four percent tax credit to help fund the development. Some residents spoke of organizing a legal challenge against the housing authority.

The issue of whether or not Houston will finally offer public housing choice in an affluent, integrated neighborhood appears to be far from settled. While the debate rages on, the tens of thousands of tenants in HHA properties will remain isolated in neighborhoods far away from the good schools, good jobs and safety of the Briargrove area.