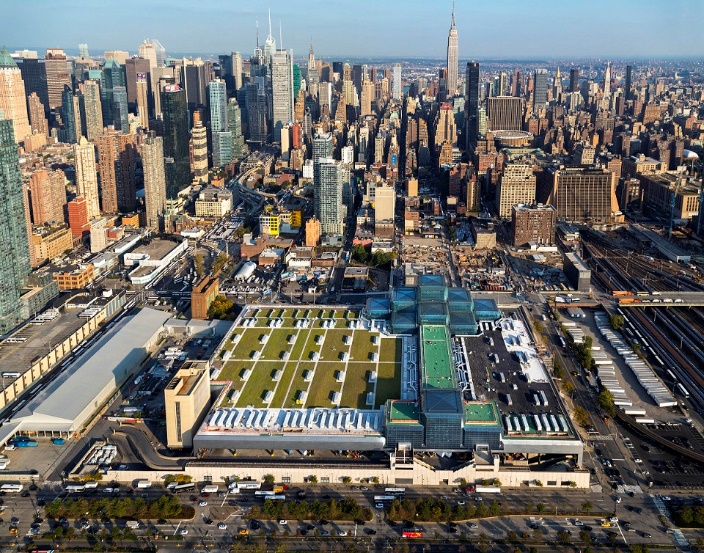 When I went to conferences in the past, I often felt like I needed to explain fair housing to my fellow planners. But things have changed – at this year’s American Planning Association National Planning Conference, held May 6 through 9 in New York City, fair housing and equity issues were front and center.

The conference’s tracks on “emerging topics” included “Diversity and Social Equity” and “Housing and Inequality,” each with multiple sessions (and some overlap) over the course of the four days. Several sessions included case studies on planning for racial equity and fair housing by planners and academics from all over the country.

On the first day, Dr. Eli Knaap and Dr. Willow Lung-Amam from the University of Maryland presented on a measurement model that identified areas of opportunity in the Baltimore region. Just like what we’ve found in Texas, their maps show that low income people of color live in the areas with the least opportunity. Dr. Knaap pointed to the research that demonstrates how children have better outcomes when they live an opportunity-rich neighborhood from a young age.

The next day, planners from the majority-Hispanic community of Salinas, California presented best practices for equitable public engagement strategies. Their recommendations included conducting meetings in Spanish and allowing the community to be part of the process for selecting consultants. Nora Liu from the Center for Social Inclusion spoke about the history of residential segregation and introduced the Government Alliance on Race & Equity, working to change policies that reinforce institutional racism.

Creigh Rahenkamp and Philip Caton, FAICP presented on the 2015 decision from the New Jersey Supreme Court on the implementation of the Mount Laurel doctrine, requiring each jurisdiction in New Jersey to develop their “fair share” of affordable housing. Cities have challenged the methods for calculating the required amount of affordable housing, and agreements are often reached via the calculations of the non-profit Fair Share Housing Center, one of our partners in the Open Society Foundations peer network.

A planner from Boston, Judi Barrett, presented a series of maps that illustrated the metropolitan area’s “wall of whiteness,” a large swath with little to no affordable housing. She made the important point that not all affordable housing is fair, and described the concerns expressed by some residents of the “wall” when affordable housing was proposed in their area. They sounded remarkably similar to the concerns we hear in Texas: Traffic, school overcrowding and decrease in property values.

Two planners from Washington, D.C. discussed the limited subsidized housing choices available to low income families in the western part of the city. Because D.C is a district and not a state, the Low Income Housing Tax Credit program is administered by the City housing and community development department. Planners in that department changed last year’s Qualified Allocation Plan for tax credit applications to incentivize development in low-poverty neighborhoods with good schools and economic opportunity, using the new federal affirmatively furthering fair housing rule as backup. The first round of applications are more geographically dispersed than before, but there are still no applications for tax credit developments in the areas of West D.C. with the lowest poverty levels. The City staff encouraged other planners to study the policies that influence housing placement and limit individual choice.

If it is to lead anywhere, the national conversation on racial equity must include housing and neighborhood segregation. It was refreshing to see so many planners recognize the role planning has played in creating unequal neighborhoods, and the role us planners must take in promoting solutions and building inclusive communities.