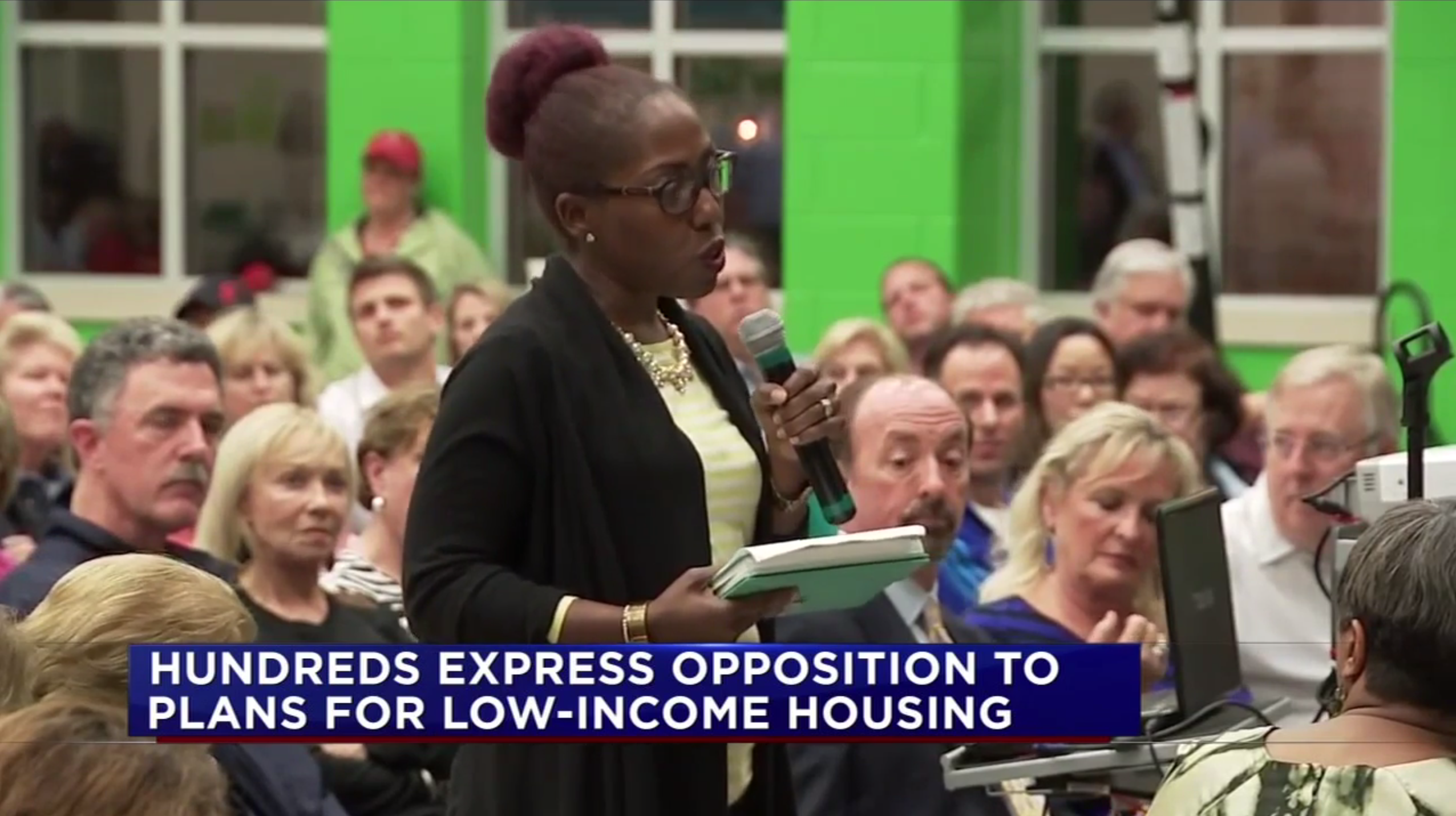 “It should not be the government’s role to dictate where people can and can’t live. People should always have a choice. And folks that have always had choices, including most white folks, don’t necessarily realize the limited choices for people of color when they don’t have means.”

After being featured in a powerful New York Times story on housing segregation in Houston and beyond, Texas Housers Houston co-director Chrishelle Palay joined the latest edition of #RaceNYT, the Times‘ weekly discussion of racial issues on Facebook Live. Her wide-ranging conversation with reporters John Eligon and Rachel Swarns touched on the controversial Fountain View case and the severe concentration of affordable housing in Houston’s low income neighborhoods of color, but also on the nature of integration and the personal experiences of African-Americans in majority-white areas.

Image at top: Chrishelle speaks before a contentious public meeting on the Fountain View development.