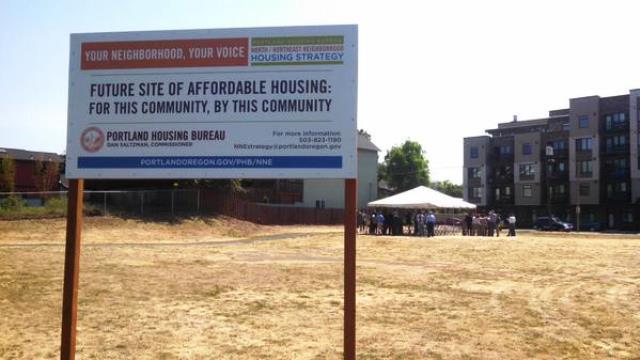 I testified at a hearing of the Texas House of Representatives Urban Affairs Committee on May 2, speaking against HB 1792 by Rep. Valoree Swanson – a bill our co-director has called “perhaps the most expansive NIMBY legislation ever filed.” It forces tax credit developers to notify any neighborhood organizations within five miles of a proposed affordable housing complex, to “conspicuously identify the development as ‘low-income government-subsidized housing’” and to commission a study on crime, property value decline and other supposedly negative causes of the project. Here’s what I had to say (testimony has been lightly edited):

Do you like a good cheeseburger? I know I do. And when I want one, I don’t want to have to drive too far. Fortunately, I don’t have to because there are burger joints just about everywhere across Texas.

Now, making cheeseburgers ain’t glamorous work – it’s a greasy, thankless, low-paying job. But boy am I thankful that there are folks doing it. I value the way they contribute to my community by providing a service that so many of us fail to consider. And the same goes for so many other unglamorous but important jobs that hardworking people do every day all around us for low wages: The folks serving us food, keeping our public spaces clean, landscaping our yards and parks, working front desks at our businesses. They are a part of all of our daily lives, no matter where we live, and we should make sure they have a good place to live where they work and contribute.

Here’s an idea: Instead of notifying everybody that there’s “low-income government-subsidized housing” coming, how about informing all those neighborhoods within five miles of the site that there’s housing being built that’s affordable to all these folks who play such important roles in their day-to-day lives? Here comes housing that’s affordable to your local restaurant employees, your kids’ lunch ladies. Housing for your grandma who’s living on a fixed income. Here comes housing for the men and women serving us food at our Capitol building and keeping its beautiful grounds clean inside and out.

And instead of requiring a study about “anticipated effects” on local schools, crime rates and property values, how about a study on the positive effects that new housing will have on the lives of those who can live in it? How they can now send their kids to a good school, live in an area with low poverty and crime and can live close to where they work rather than commute a half hour or more for their minimum-wage job they’re working that serves the needs of the neighborhood.

For the record, myself and my colleagues who deal in housing policy and research for a living know of no credible report correlating new affordable housing with crime rates or property values. And as for schools, cities grow and school districts are tasked with responding to this growth. They do it every day, regardless of the type of housing that new students might live in.

When I read HB 1792, I think that the author doesn’t want any affordable housing built anywhere. Notify every neighborhood within five miles of the site so they have an opportunity to take points away from the project’s application? If you wanted to build a tax credit development in Houston’s East End, you’d have to notify almost everyone inside Loop 610. If you want to build a development near the Pearl Brewery in San Antonio, you’d have to let most neighborhoods inside Loop 410 know about it first and let them try to stop it. Does that sound reasonable? I don’t think so. Neither reasonable nor necessary.

I don’t believe this bill will allow us to serve the folks who serve us every day in tough, thankless jobs for little pay. The need for affordable housing across Texas is one that we cannot will away. The last thing the Legislature should be doing is passing bills like HB 1792 that put even more barriers in the way of serving this need.

Pictured at top: A pro-affordable housing sign in Portland, Oregon.

2 comments on “Legislators should be celebrating affordable housing, not fearmongering”