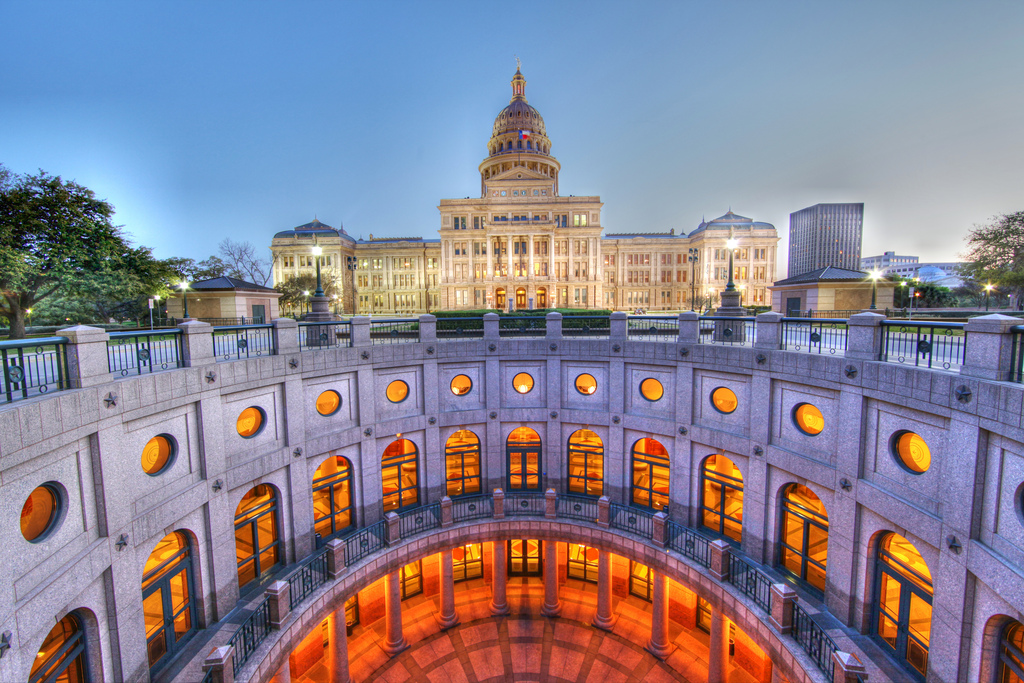 We cover committee hearings and votes on key bills related to housing at the Texas Legislature, which concludes its 2017 session at the end of May. Follow updates and our full bill tracker here.

The great majority of affordable housing in Texas is built through the Low Income Housing Tax Credit program (LIHTC), a federal resource allocated by the Texas Department of Housing and Community Affairs (TDHCA) via a competitive application process. Since the program is so valuable to developers and has so much influence over where low income Texans live, its allocation standards are continually the subject of debate at annual stakeholder meetings, in the courts and at the Legislature.

This year’s legislative session includes several bills targeting various aspects of the scoring system for tax credit applications, most of which have been referred to the House Urban Affairs Committee. The committee’s May 2 hearing featured three bills that would change the State’s current emphasis on reducing segregation in the tax credit program and building more units in high opportunity neighborhoods.

HB 2728 by Rep. Dwayne Bohac would require proposed developments to receive written support from both the state representative and state senator of the site’s district during the pre-application stage of the scoring process. Currently only state representatives are required to weigh in – a problematic system which has been identified as a source of bias in the program. Other bills have been filed to remove state representatives altogether, most prominently HB 616, approved by the Urban Affairs Committee on April 27. Texas Association of Affordable Housing Providers (TAAHP) president Bobby Bowling spoke against HB 2728, and the bill was left pending. It does not have a companion in the Senate.

HB 1792 by Rep. Valoree Swanson, the so-called “Community Support Act,” goes further with input requirements. The bill has received national media attention and was identified by Texas Housers co-director John Henneberger as “perhaps the most expansive NIMBY legislation ever filed.” It would force developers seeking tax credits to notify any neighborhood organizations within five miles of their project site, to “conspicuously identify the development as ‘low-income government-subsidized housing'” and to commission a study on the development’s impact on local crime rates, property values and more.

“We’ve listened to our HOAs (homeowner associations) and tried to bring forward something that would be helpful to all of them,” Rep Swanson explained. “We want input from people in the areas [tax credit development] actually affects.”

But TAAHP’s Bobby Bowling and Lisa Stevens, president of the Texas Coalition of Affordable Developers, both disputed the idea that homeowners several miles away should be the decision-makers on housing development. “We as private property owners would need to ask permission before we exercised our rights,” Bowling noted. Texas Housers fair housing planner Charlie Duncan added that the bill plays up harmful, inaccurate biases against the tenants of tax credit housing – many studies show that well-dispersed affordable development does not cause property taxes to go down or crime to go up.

Instead of warning area residents about incoming subsidized housing, Charlie suggested we inform “all those neighborhoods within five miles of the site that there’s housing being built that’s affordable to all those folks who are sometimes invisible to them, yet play such important roles in their day-to-day lives,” such as the retail, restaurant and public service workers often unable to live in areas where tax credit development is often blocked. HB 1792 was left pending and does not have a Senate companion.

HB 3574 by Rep. Nicole Collier targets an existing criterion in the tax credit scoring system – educational quality. She told committee members that TDHCA’s scoring changes after a 2012 fair housing suit, which provided more points to developments near high-performing schools as a race-neutral method for incentivizing development in more affluent areas, have caused too many urban neighborhoods to “basically become ineligible for benefits.” Her bill intends to “restore balance between urban and suburban areas” by removing educational quality points in the scoring process and leaving school performance as merely a “threshold criteria” for applications entering into the process.

TAAHP and the Texas Coalition of Affordable Developers support the bill in the belief that school quality has overwhelmed all other siting considerations. A consistent complaint is that in the 2016 tax credit cycle, the three awards available for the Austin region all went to projects in Georgetown rather than proposals in the city, where schools generally score lower. Harvey Clemons Jr., pastor at the Pleasant Hill Baptist Church in Houston, also spoke in favor of HB 3574, arguing that the current TDHCA rules are counterproductive.

However, a recent Texas Housers study found that the race-neutral changes have been very effective at awarding more tax credits in the areas where they have historically been scarce – more affluent, whiter neighborhoods with better public services including schools. Charlie told the committee that prior to the TDHCA reforms, only 35 percent of tax credit developments were near an elementary school with an A or B rating. Since the changes took effect in 2013, 60 percent of awarded developments are near such high-performing schools.

[Watch a video explaining our findings.]

Texas Housers opposes HB 3574 because given the high number of tax credit developments already located in areas with low-performing schools under the old scoring system, more than a few years of emphasis on desegregation are necessary before real “balance” in the program is achieved (especially since TDHCA’s most recent allocation plan already lowers the educational quality point total). Update: The bill was approved by the committee on May 3. It does not have a Senate companion.

The Urban Affairs Committee also heard one other bill of significance to housing advocates, HB 4033 by Rep. Jason Isaac. Inclusionary zoning is largely banned in Texas but permitted within homestead preservation districts. Rep. Isaac’s bill would eliminate that exemption. “I’m passionate about making communities more affordable, just not through government,” he told the committee.

The Home Builders Association of Greater Austin supports the bill, but the City of Austin (the only city in the state with functioning homestead preservation districts) opposes it. Rebecca Giello of the City’s Neighborhood Housing and Community Development Department said that given Austin’s ongoing growth and affordability crisis, and with the Legislature already considering a ban on possible City of Austin linkage fees, “we can’t afford to lose the important tools we already have.”Update: The bill was approved by the committee on May 3. It does not have a Senate companion.