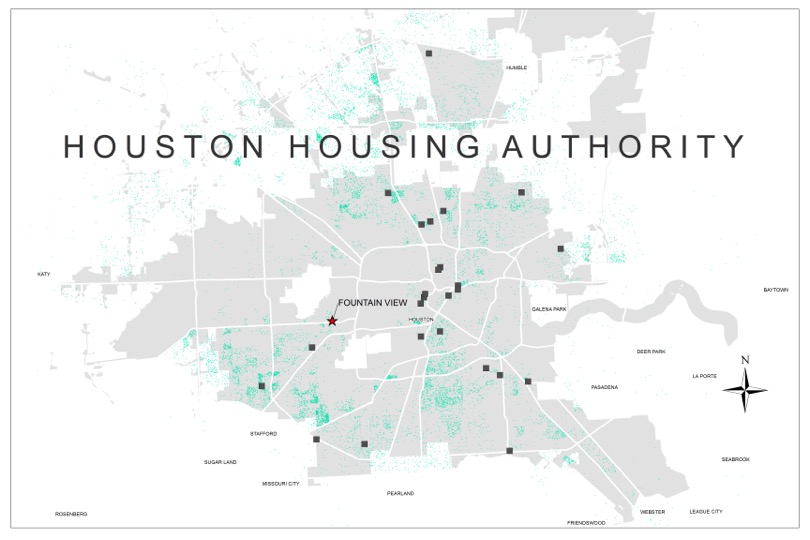 Earlier this month, the U.S. Department of Housing and Urban Development (HUD) launched a fair housing investigation after the City of Houston refused to approve funding for the Fountain View Apartments, a mixed-income development proposed by the Houston Housing Authority.

In this video chat, Texas Housers fair housing planner Charlie Duncan reveals through maps and research why the legacy of housing segregation and public disinvestment in Houston has made the Fountain View project such a big deal:

Charlie’s presentation with all of the maps is available for download as a PowerPoint or PDF.

What’s behind the opposition to public housing in a high opportunity neighborhood in Houston?, 2/9/16

Houstonians should be angry about public housing – because of segregation, 2/23/16

The importance of speaking up for fair housing, 3/24/16